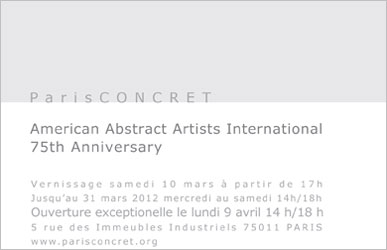 American Abstract Artists (AAA) continued to celebrate their 75th anniversary with this traveling exhibition which had been to Otranto (Italy), Berlin (Germany) and then visited Paris (France). 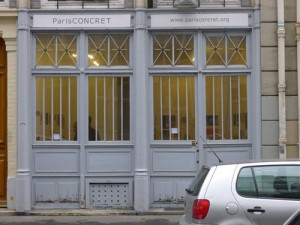 Our purpose is to unite abstract artists residing in the United States, to bring before the public their individual works, and in every possible way foster public appreciation for this direction in painting and sculpture. We believe that a new art form has been established which is definite enough in character to demand this united effort.

—From the preface to the 1938 catalogue of the American Abstract Artists’ second annual exhibition.

It was 1936, and the country was in the middle of the Great Depression. Though most public presentations of art were conservative, capturing the subdued tone of a nation under economic siege, the Museum of Modern Art mounted the first exhibition of cubist and abstract art—but neglected American artists working in this vein. Angry, many of these artists formed a support network, led by Carl Holty, Harry Holtzman, and George L. K. Morris, and they began to meet informally at the studio of Ibram Lassaw, discussing ways to change the perception of their work and to bring more attention to their ideas and ideals. One can imagine the energy, the vibrant talk, the vigorous camaraderie that developed during these evenings. And in 1937, this informal group exhibited together for the first time at the Squibb Gallery on 57th Street as the American Abstract Artists (AAA).

These were heady days, and the success of their first exhibition led to a growth in membership, more exhibitions, lectures, and catalogues. Many years later, one of the original members, Esphyr Slobodkina, remembered, “Critical opinion was about equally divided between scathing denunciations and benign curiosity.” Not discouraged, the group thrived though the critics remained hostile, culminating in 1940 when the group formed a picket line in front of the Museum of Modern Art, protesting the lack of recognition and respect by such institutions.

During World War II, European artists Piet Mondrian, Fernand Léger, and László Moholy-Nagy emigrated to America and found a sympathetic community among the members of the AAA. Mondrian became a member of the group and was something of a spiritual mentor to many of them, along with Hans Hofmann, who never joined, but whose inspirational teaching spawned a new generation of like-minded artists. In the 1950s, the more robust abstraction of Mondrian was replaced by a quiet stillness, particularly evident in the work and writings of artists like Ad Reinhardt and Burgoyne Diller. While abstraction seemed to be moving in new directions, the longevity of the group itself can be attributed to its lack of dogma, rejection of any party line or adherence to any manifestoes, and a general open enthusiasm for abstract art in all its variations.

Despite changes within the membership as well as in the art world, the AAA has continued strong for seventy-five years, a testament to the nurture and care of these artists who strongly believe that the abstract impulse can happily encompass diverse approaches and identities, from the dynamic structural symmetry of Mondrian, to a biomorphic, surrealist-inspired abstraction, to the rigid, grid-like forms of neoplasticism. This exhibition celebrates this achievement. 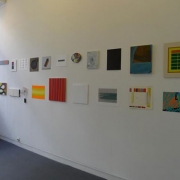 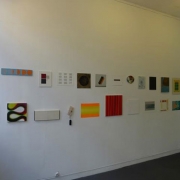 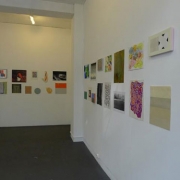 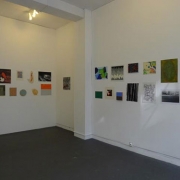 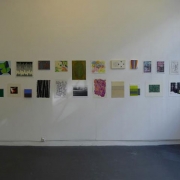 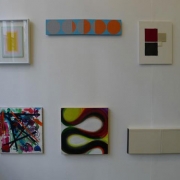 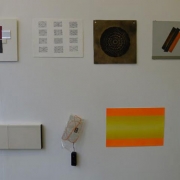 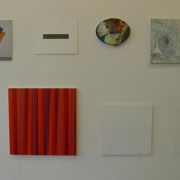 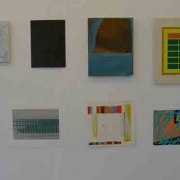 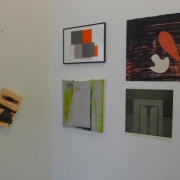 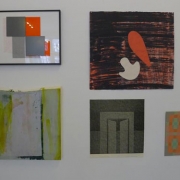 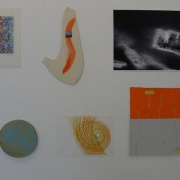 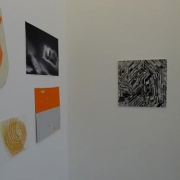 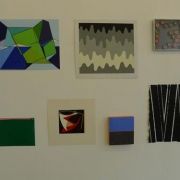 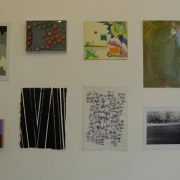 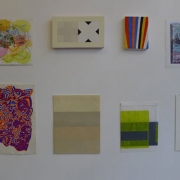